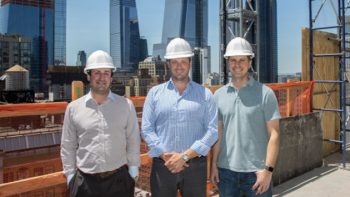 NATIONAL REPORT—There are shovels in the ground for a slate of new-build projects in the U.S. CR7 by Pestana Hotel tops out; a new dual-brand has broke ground in Orlando, FL; Thompson Hotels returns to Miami; and more.

CR7 by Pestana Hotel Tops Out

Barone Management, a New York-based development, construction and investment company, has topped out of its eighth New York City hotel development. The firm is the developer and ground lessor of the property located at 338 West 39th St. in Times Square West where Barone is building a CR7 by Pestana Hotel for Portuguese-based Pestana Group. This site will be the second of many hotels planned in the United States and will serve as the hotel group’s U.S. flagship.

The CR7 by Pestana lifestyle hotel brand is a partnership between Pestana Hotel Group and soccer icon Cristiano Ronaldo. The 78,069-sq.-ft. property will have 177 exclusive guestrooms—six of which have a private terrace—a breakfast area, fitness center, multiple meeting rooms and a double-height lobby.

A Dual-Brand in Orlando, FL

Miami-based Riviera Point Development Group has broken ground on a dual-brand 101-room La Quinta Del Sol on International Dr. near SeaWorld in Orlando, FL. The 53,094-sq.-ft. La Quinta is expected to open in the second quarter of 2019. The four-story hotel will include a fitness center, a pool and restaurant.

Two Roads Hospitality is developing its newest property in Miami Beach, FL, as part of the Thompson Hotels brand. The project marks the return of Thompson Hotels to the destination, and will be one of the few new-build properties in the core of the South Beach district, according to the brand.

Projected to open in 2020, Thompson South Beach will be conceptualized by notable French architect Rudy Ricciotti, who will design the building in harmony with the surrounding landscape of SoundScape Park with a dynamic, undulating exterior. Developed and owned by Miami-based Finvarb Group, the hotel will include 150 guestrooms with floor-to-ceiling windows, and a rooftop pool, restaurant and bar.

Branded as Marriott’s affordable boutique hotel line, Moxy, the new property will be located at the corner of 12th St. and Harney St. This is the first Nebraska property for Hawkeye Hotels. The hotel plan includes 105 rooms, fitness center and valet parking. Construction is expected to start in August.

Canopy by Hilton in Texas

NewcrestImage broke ground to begin construction of the 150-room, seven-floor Canopy by Hilton Dallas Frisco Station, scheduled to open in late 2019. The property is part of a four-brand, 600-room “hotel campus” in Frisco Station, a first-of-its-kind, 242-acre mixed-use development located about 25 minutes from DFW International Airport.

Choice Hotels International Inc. has signed an agreement with Bob Patel, CEO of Hawkeye Hotels, to develop the Cambria Hotel Downtown Minneapolis. Slated to open in 2020, the 100-room, six-story property will be located in the heart of downtown Minneapolis at Hawthorne Ave. and N. 11th St.