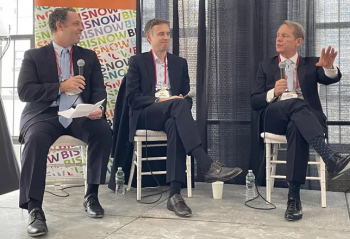 Property sales prices have come roaring back, apartments are filling up again and investors are looking for assets across Queens, but real estate power players in the borough home to more than 2.4 million people say government policies are still stymieing development.

“A lot of our zoning laws are just outdated,” First Pioneer Properties President Suresh Sani said at Bisnow’s Queens and Long Island City event Wednesday. “There is industrial business in Queens, but not as much as that the city is trying to preserve … Those people are moving to Mexico, Illinois and Ohio to do their manufacturing.”

Sani has a property on Queens Boulevard between 34th and 35th streets that falls in an IBZ zone, which he said means it falls under city zoning rules set up to maintain industrial businesses.

“As of right, we can build 200K SF and that is fantastic,” he said. “But my father, my uncle bought this property with this vision. They saw the Citibank tower going up when they bought this building and said, ‘This is going to be one of those one day.'”

Queens’ ability to attract capital, businesses and residents were all discussed at the event, and while the borough’s diversity and ongoing development are all considered a draw, there are ongoing concerns about how kind state and city governments will be to real estate interests. Those could be lifted if Brooklyn Borough President Eric Adams, the Democratic nominee for mayor, wins as expected and follows through on his pro-real estate rhetoric.

“I have a lot of faith in Eric Adams coming in,” Barone Management founder Scott Barone told the audience. “I’ve had the pleasure of speaking with Eric on a number of occasions, he’s a forward thinker.”

His company had been planning a Dream Hotel at 9-03 44th Road in Long Island City, but he said the site’s zoning forced him to change course and build office instead.

“You are fighting an uphill battle against the city government that, for the last seven-and-a-half years, is your enemy, for lack of a better phrase,” he said. “We live in a city where all everybody talks about is an affordable housing crisis. The person sitting in City Hall has the leverage to turn around and maybe move some of the goalposts on what affordable housing can be … Bend some of the rules if you want to get stuff to change.” 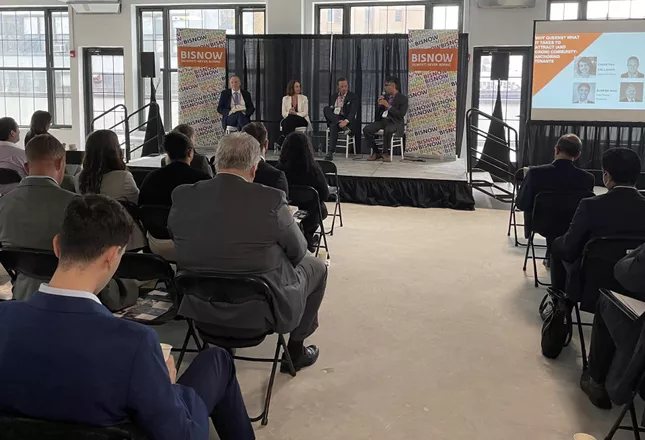 Mayor Bill de Blasio’s mayoral term ends this year, and Eric Adams’ securing of the Democratic primary means he’s effectively got the job. Many in real estate breathed a sigh of relief at his win, and de Blasio, who made an attempt at a run for president, is telling people privately he is going to run for governor, The New York Times reported this week.

The New York gubernatorial election is a year away, and Gov. Kathy Hochul, who stepped in following Andrew Cuomo’s resignation, is hoping to win a full term. Public Advocate Jumaane Williams and Attorney General Letitia James are both considering a run, The City reports.

Regardless of the next chief executives of the city and state, the industry is craving certainty around policies, Silverstein Director of Development Brian Collins said during the event.

“The challenge is the rules keep changing,” he said. “The expiration of 421-a, Affordable New York, is a real challenge, because … come Jan. 1, no one’s going to take on a new project because they don’t know what’s going to happen.” 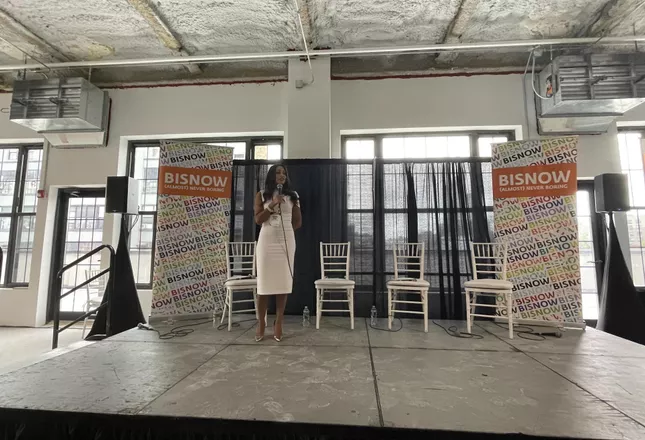 Silverstein has joined with Kaufman Astoria Studios and Bedrock Real Estate Partners and is planning to build some 2,700 units of mixed-income housing at Steinway Street and 35th Avenue. Collins said timing means the developers need to take a “leap of faith” regarding the future of the Affordable New York program, which provides tax incentives for developers who keep a percentage of their projects affordable to lower-income renters.

“So if the government could have a strategy where there’s long-term zoning and long-term abatements and long-term incentives, then we the development community, I believe we take on more of these projects,” Collins said.

Despite the uncertainty panelists pointed to multiple major projects underway that could reshape Queens.

“Post-pandemic, what we’re seeing is a resurgence in construction, and the projects that were in the pipeline are rebounding. There’s a lot of enthusiasm, especially in the real estate market,” Deputy Borough President Rhonda Binda said. “While there have been some fluctuations, what we’re seeing in Astoria, Long Island City, and in Flushing is an increase in demand for rental properties.” 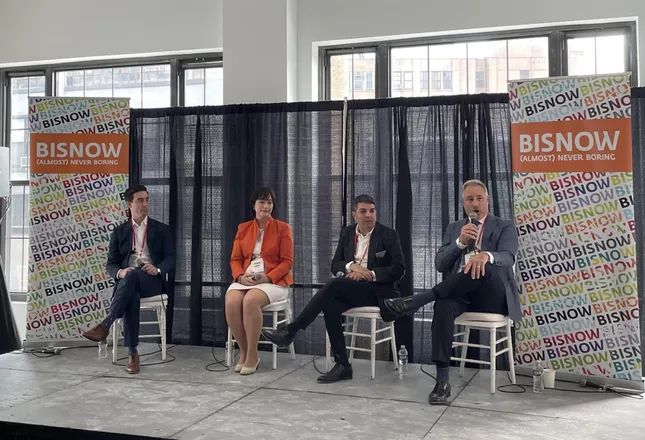 Meridian Capital Group Senior Managing Director Morris Betesh said that pricing on development sites is “as healthy” as it has ever been.

“I got calls from two clients who are acquiring land. One development site on Long Island City that’s 150K buildable square feet, we signed a contract at $290 per buildable square foot,” he said at the event, which was held at The Woodworks building in Hunter’s Point. “That’s a very similar level that what we would have seen in 2018 and 2019. Another call from a client was acquiring a development site, not far from here, for $350 a square foot.”

Ripco Vice Chairman Stephen Preuss said Manhattan investors who had previously only bought along the waterfront are looking deeper into the borough to find assets.

“We’re seeing typical buyers from all around the city now transition to Flushing, and Flushing buyers looking to Jamaica,” he said. “So it’s really a blurred line syndrome where people are chasing products, they’re chasing equity, and they’re going deeper into new areas outside of their comfortability zones that they stuck to in previous cycles.”