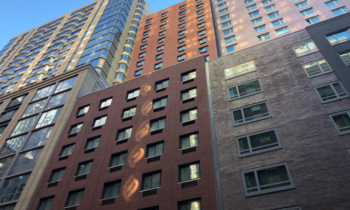 Ivy Realty has acquired a hotel at 338 West 39th Street in the Garment District from Sam Chang’s McSam Hotel Group for $31.5 million, Crain’s reported. The 175-key hotel spans 59,244 SF, and was originally scheduled to open for business this year, but the pandemic has likely changed those plans.

Worth Noting: The development was branded under Pestana’s lifestyle hospitality flag CR7, a partnership with soccer star Cristiano Ronaldo.

Barone appears to have been partner: Chang paid $22.4 million for the 50-foot-wide site in 2015, which originally housed a 12-story factory building. Barone Management filed plans for a 25-story project in late 2015, and the developer was reportedly almost done constructing a Pestana Hotel on the site at the beginning of the year.

Sector under stress: About 80 percent of hotel properties tied to CMBS loans are showing signs of distress, TRD noted from Trepp. [Crain’s+TRD+YIMBY]