How Lessons Learned In The Great Recession Are Helping One CRE Firm Grow During The Pandemic. 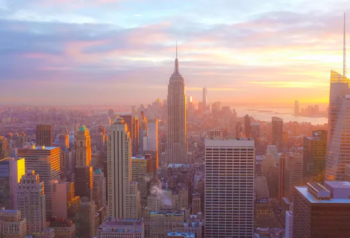 The pandemic, with its government-mandated closures, supply chain disruptions and other challenges, forced many companies to pivot hard to stay in business. For many business leaders, it was their first experience operating during a global crisis.

Others, however, could apply lessons learned during previous disruptions to not only help them navigate through the unpredictability of the pandemic, but to expand and seek new investors during uncertain times.

Barone Management benefits from an organizational structure characterized by vertical integration, a shift that the company made during the Great Recession, when it transitioned from contracting for others to building and developing solely for its own account. Founder and principal Scott Barone said he recognizes that the stakes might be even higher this time, but he is confident his firm can weather the storm.

“We have a lot of new deals flowing in the pipeline, leading to opportunities to make new relationships with outside investors,” Barone said. “We’ve always been in growth mode, but never this heavily.”

He noted that the current crisis is even more complex than the situation in 2008, but insisted his firm is up to the challenge.

“It’s going to take longer for everyone to dig out of this, but I like that window because it typically takes two to three years from the start of a project to completion,” Barone said. “I actually want to be buying and building during periods like this.”

The firm has been notably active during the pandemic and for the first time is seeking outside investors to help fuel its growth.

“We’re going through this tremendous growth spurt and have acquired a number of very good assets during the early and middle stages of the pandemic and are in the process of closing on a few more,” Barone said. “We see the need, for the first time, to step out into a more open capital markets situation.”

Barone Management is experimenting with other funding sources, as well. For the first time in its history, the company recently crowdfunded $6.9M in only 45 minutes for one of its new projects, a charter school in Queens.

“It worked out really well,” Barone said. “Crowdfunding is definitely another tool in the toolbox that we are happy to have at our disposal.”

About that toolbox: It has grown quite a bit since Barone founded his company in 1999 as a general contractor with a “bag of tools and a pickup truck.” Barone Management spent nearly its entire first decade building strictly for clients.

That changed in 2008 when, like many companies, Barone Management was suddenly faced with a very different working environment during the Great Recession.

“We had signed a contract to build an apartment building a block north of Tribeca,” Barone said. “We had just pulled permits and then Lehman Brothers went over the edge and the entire world went along with it.”

The landowner lost its financing for the project. Barone, whose business until then was based solely on building for others, said he knew that other clients were likely to follow suit. That meant his firm, like a lot of companies in 2008, was staring into the abyss.

Nevertheless, Barone sensed an opportunity, albeit a risky one.

“My thinking was along the lines of, ‘If I’m going to go down, I might as well go down in flames,’” he said. “I had never owned a piece of real estate aside from my house, but we were able to put together funding for this project ourselves.”

Over the following decade, Barone Management successfully transitioned to be a dual platform construction and development company that works solely on its own projects. That change in its business model continues to serve the firm well, Barone said.

“In the early summer of 2020, I saw that this felt a lot like Lehman Brothers again,” he said. “It felt to me like everybody was scared and nobody knew what to do.”

Barone has adopted the mindset of letting the global/macro issues sort themselves out, while the company continues to focus on what it does best.

“As you look at inflation, labor shortages and supply chain issues, we’ve been able to insulate ourselves a lot more than what I would call a ‘pen-and-paper developer,’ who hires a general contractor and hopes they get the project done on time and on budget,” Barone said. “We have greater control because we’re intimately involved in every screw and every nail that goes into our buildings.”

Those buildings lately have included charter schools, a fast-growing niche in New York City. In the process, Barone said, the company has become the city’s largest private landlord to charter schools. Self-storage is another new asset class, and Barone Management is also active in many other project types, including industrial and mixed-use.

All this activity continues to make the firm hungry to enhance its already healthy bench of investors.

“Up until five years ago, we had never taken on any outside investment capital,” Barone said. “Then, in 2018, a combination of several large deals commencing at the same time caused us to bring in some very limited friends and family investors. Literally, the running joke here has been, ‘If you have not been invited to a barbecue at my house, you are not on the list to invest.’”

Barone said the result of that transitionary period was successful for both Barone Management and its investors, and ultimately led to an expansion of that initial group over the past several years.

Today, the company is focused on what Barone describes as a more mindful approach to structuring its deals. He said it seeks the most efficient balance of small to midsized limited partners, a few key high net worth individuals, a couple of family offices, and one or two strategic large institutional investors.

In early 2021, the firm had even considered the idea of raising a standalone fund to achieve this balance. However, after focused diligence, it ultimately felt like far too restrictive of a structure relative to the company’s somewhat unorthodox approach to real estate investment, Barone said.

Today, when he is not involved in the intricacies of complicated real estate transactions, Barone is in the process of relocating his family to a new home on the North Shore of Long Island, where he said he is in the process of “building a bigger backyard” to make room for more friends and family.