Barone Invests in School and Multifamily Development in Jamaica, Queens 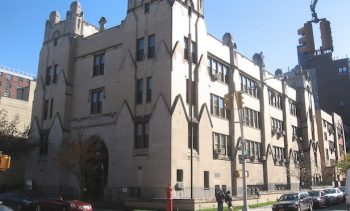 Barone Management has acquired two parcel of land, 295,000 buildable square feet at 89-25 161st St. and 89-25 162nd St, with two buildings and a parking lot, in Jamaica, Queens. The Manhattan-based development, construction and investment company paid $20 million in cash to the sellers, the Sisters of St. Dominic. The real estate firm plans to redevelop the school facility and build ground-up two residential buildings.

Scott Barone, president of Barone Management, does not refer to development trends in Jamaica as “gentrification.” But he tells GlobeSt.com, “Overwhelmingly, the growth has been residential. It’s not Williamsburg. It’s not hipsters in their early 20s. These are families and families have kids and kids need to go to schools. There is an obvious demand.”

Barone, who was born, raised and still lives in Queens says, “I think you’re seeing a lot of people who grew up in the neighborhood have the ability to come back—now that there’s better product in the market.” He adds, “It’s a quieter, single-family home community.”
The 161st Street property includes a 70,000 square-foot building that formerly housed the Dominican Commercial High School, founded by the Sisters of St. Dominic in 1936. Originally, a girls’ school, preparing students for clerical and secretarial jobs, in later years it shifted to a college preparatory program. The school closed in 1998 and currently houses three non-profit tenants. The 161st Street lot also includes the former convent building, where the nuns once lived. The parking lot is on the 162nd Street parcel.

The development company will rehab the former Dominican Commercial High School building, cosmetically renovating it and upgrading the mechanical systems. They are in late-stage discussions with a New York State-licensed charter school to lease the building.

Barone says his company is not asking any of the non-profits to end leases early and is in the process of helping them find new long-term homes. The developer plans to phase-in the school by sharing the campus with the current tenants, but ultimately converting to its 100% usage as an educational institution by September 2021.

Although the real estate company is still determining specifics regarding long-term plans for the residential developments, Barone says his company does not intend to resell the property. “We are overwhelmingly for the most part buy and hold guys,” he adds.

Barone notes that Jamaica is experiencing strong economic development and investment due to the convenient public transportation, its history and community. Data from the Greater Jamaica Development Corporation indicates the area is expecting 3,000 housing units, 500,000 square-feet of retail space, and 800 hotel rooms over the next five years, according to Barone Management.